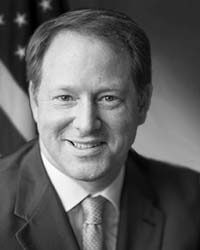 I am very proud of how Operation Homefront's refreshed visual identity highlights the great military families we serve and the many ways we support them. Having a great and reliable brand will help us find the right partners to support our important mission: to build strong, stable, and secure military families.

Jay leads Operation Homefront’s integrated marketing campaigns, cause marketing initiatives, digital and social network strategy, branding and creative services projects, and marketing research. He joined Operation Homefront in October 2015 as Senior Director of Marketing before being promoted to Vice President of Marketing in January 2017. His team develops and executes marketing partnerships for the organization, provides creative and strategic direction for the organization’s events and programs, and works collaboratively with the communications, programs and development teams to expand brand awareness opportunities. Over his 20+ year marketing career, Jay has held several critical roles, including Director of Brand and Creative Services at the United Service Organizations (USO), Marketing Manager for Source America (AbilityOne), Senior Manager of Worldwide Marketing Operations at Blackboard and Vice President of Marketing for a start-up magazine (re:D) in Dallas, TX. Jay earned his M.S. in Integrated Marketing Communications from Northwestern University in Evanston, Illinois, and received his B.A. in History from Emory University in Atlanta, Georgia. His passion for supporting the military comes from his father serving as an Army Reservist during the Korean War, his grandfather serving during World War II and his great uncle serving as a Navy pilot. Jay and his wife, Stacey, have two boys and live in Bethesda, Maryland.