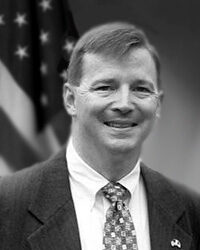 I am grateful every day for the passion and commitment of our individual donors who help make our mission of building strong, stable, and secure military families possible.

Scott leads Operation Homefront’s fundraising efforts with individual donors including overseeing annual campaigns, major gift, planned giving, and direct response fundraising initiatives. He also oversees donor relations, gift processing, donor research and stewardship. He joined Operation Homefront in December 2015 as Senior Director of Direct Response before being promoted to Vice President, Individual Giving & Campaigns in March 2020. Over his 20+ year career, Scott has worked for the insurance industry, various marketing agencies and non-profits. Scott earned his MBA from Loyola University of Maryland and received his B.S. in Computer Science from the University of Virginia. His passion for supporting the military comes from his father who served as a Marine and his uncle who served in the Army in World War II.