Shawn Hill was attending Howard University when her grandmother—who had graduated from Howard—became ill with cancer. Shawn eventually had to quit school to help her mom care for her grandmother until she died.

After that, Shawn was never able to finish her degree. She eventually became a military spouse, marrying a Marine, Octavious Hill in 2015. He enlisted in the Marines in 2009, deployed to Afghanistan and Egypt, and separated in 2017. He realized he missed the military and joined the Army in 2017.

The couple has three children, and their youngest was born in October 2020.

Even with her growing family, Shawn will finally realize her dream of going back to school to finish her degree. Shawn was announced as a Southern New Hampshire University (SNHU) scholarship recipient winner at the Sept. 26 virtual Homefront Celebration event for Colorado Springs, Colorado.

“I was really excited about the scholarship,” Shawn said. “Education just had to go on the back burner and Octavious and I have been talking about me going back to school but we always had to try and figure it out financially, like what will we have to take away if we do this. It was always a hard choice for us to make.”

Once enrolled at SHNU, Shawn plans on studying organizational leadership.

Shawn had attended an Operation Homefront Star-Spangled Babies baby shower but had not been to a Homefront Celebration. She was intrigued by the idea of an all-virtual event. She received props in the mail prior to the event and each attendee got a gift basket afterward.

“It was fun,” Shawn said. “There were games, raffle prizes, and they had a little breakout session where we got to know the other spouses better.”

Shawn highlighted her relationship with her grandmother and her quest for an education as part of her essay for the SNHU scholarship contest.

Shawn is also going to continue spreading the word about Operation Homefront to other military families.

“You all rock,” Shawn said about Operation Homefront and the donors. “Everything you do for us, for military families, we are more than appreciative. Every time I look, you are giving back in some way shape or form.” 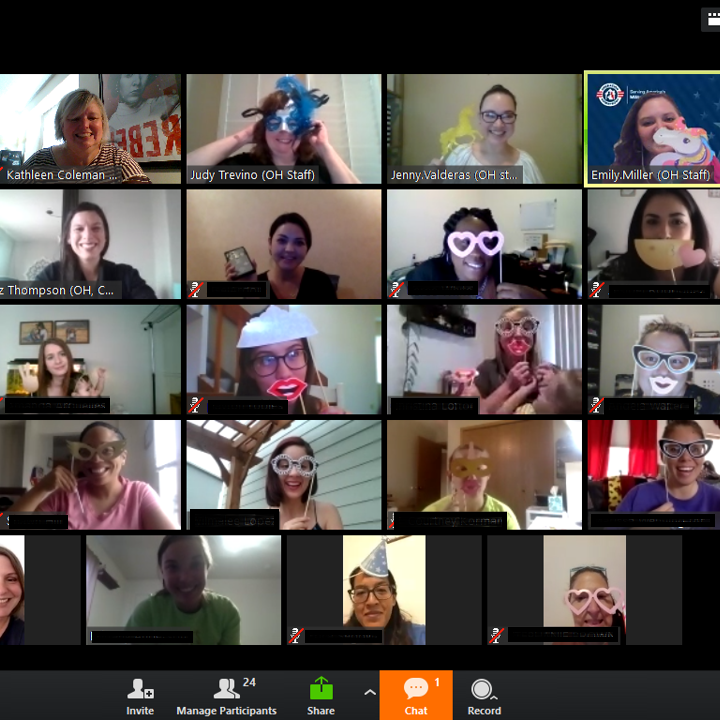