Petty Officer 2nd Class Ricky Martin served four years in the Navy, with one assignment in 2017 to the Persian Gulf and the most recent assignment in 2020 to the South China Sea.

It was his latest deployment on the USS Theodore Roosevelt that presented unforeseen challenges for Ricky. The Roosevelt was one of the ships hardest hit by the COVID-19 pandemic and Ricky was one of the sailors who got sick while the ship was forced to stay out at sea.

“It was pretty scary at first,” he said. “Our squadron was harder hit with COVID. The first time I had a temp of 104 and I was in pretty bad shape.”

Ricky was also one of the Americans diagnosed as having been reinfected. Other than his health, the pandemic caused other issues for Ricky and his family. He was supposed to discharge in April but is still awaiting his separation orders.

He and his wife, Carla, planned to move from Virginia, where Ricky was stationed, back to his hometown of Kerrville, Texas. The situation would not have been ideal because they did not have the money for the move, plus down payments on a rental house which would have forced them and their three kids , Ruben, 11, Josiah, 7, and Elijah, 6, to move in with relatives.

The couple turned to Operation Homefront for help and found the Transitional Homes for Community Reintegration (THCR) program which matches a family to a home for a time period of about two years during which they work toward financial stability, increase their savings, and raise their credit scores. The goal is to set up the family for homeownership in the community. Carla has participated in the Operation Homefront Holiday Meals for Military and Back-to-School Brigade programs. She knew that housing programs were also available and  decided to see if there was anything that may suit her family’s needs. She

“There was a house in San Antonio and I thought ‘this would be perfect,’” Carla said. “We both want to go back to school and he wants to work for the VA, so I applied. We found out a couple of weeks later we got the house. I literally was jumping for joy.”

The newly built home is in a northwestern suburb of San Antonio about an hour from their family in Kerrville. San Antonio is also home to highly ranked nursing programs and has a large veteran population. Both Ricky and Carla want to go to school to get their RN degree.

Along with their schooling, the couple wants to save enough money to be able to afford to build a house in the area, one where they can have some land that they can pass down to their children.

“This program is a much sought-after bridge for service members trying to transition back into the civilian world,” Ricky said. “The military isn’t set up to transition you back to civilian life. THCR is like the missing step to me—the money that you save, getting more involved with the community and working with a budget plan.”

Moving into a house sight unseen is a big leap of faith for Carla, who likes to plan for everything, but she is grateful for what she considers a new adventure.

“Thank you to the donors,” she said. “Thank you for supporting the military families going through these programs. We really appreciate it and we are very grateful we were selected.” 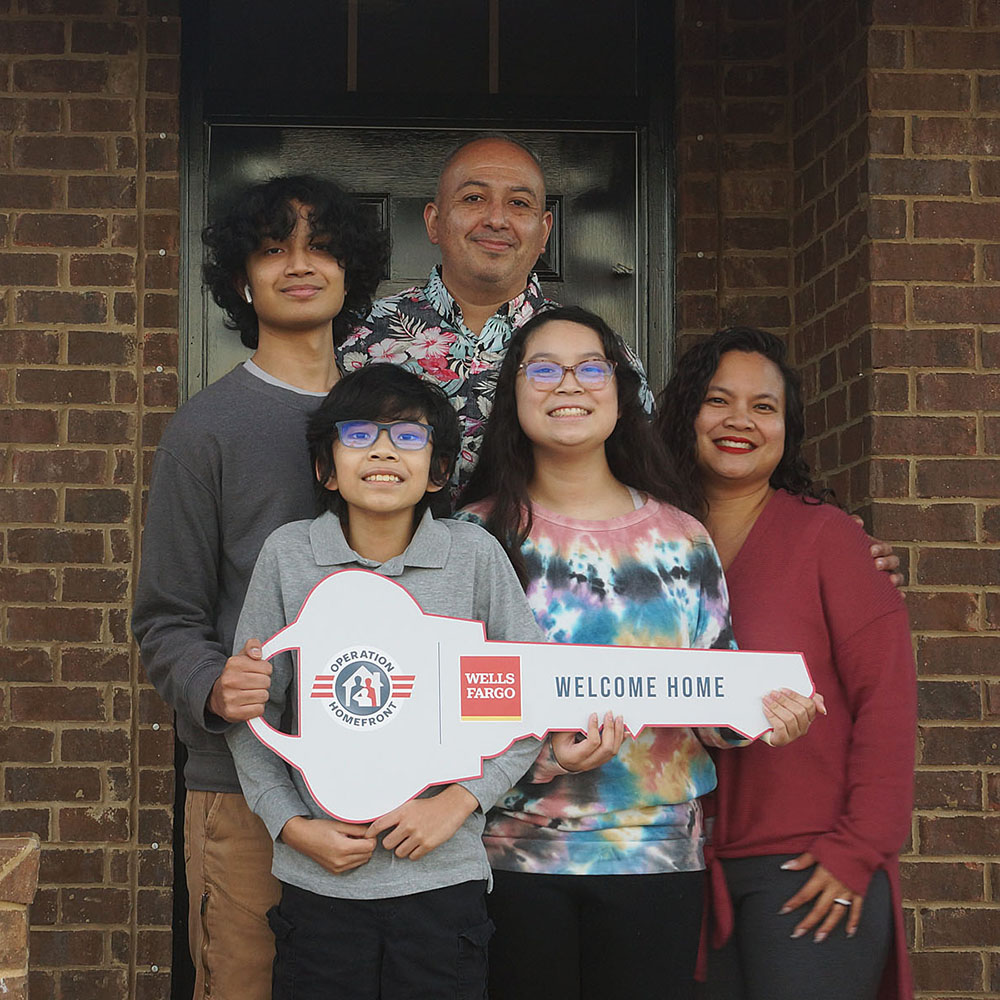 Retired Navy Veteran Eager for Next Stage after Transition from Military