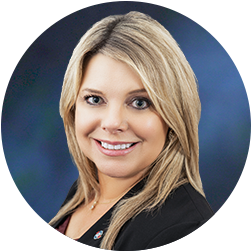 VP of Transitional and Permanent Housing

I feel extremely fortunate to lead our housing programs and directly impact the lives of our military families. Walking side-by-side with the families and witnessing their unbelievable courage and strength keeps me going so we at Operation Homefront, as a team, can continue to build strong, stable, and secure military families.

Gracie Broll first came to Operation Homefront in 2008 as a contractor to set up and manage the first transitional housing village in San Antonio. It was during this early work that Gracie realized the need for temporary housing, especially among those recently wounded, and knew she found her life’s passion. After working her way up through the organization, she now oversees Operation Homefront’s Transitional and Permanent Housing programs that support servicemembers, veterans and their families at various stages of transitioning from military to civilian life. Watching her brother-in-law, a veteran of the Army, recover from an IED blast and thrive in his own life has helped fuel Gracie’s dedication to those Operation Homefront serves.