Last week, Operation Homefront hosted an activity-packed three-day celebration to honor our stellar Military Child of the Year Award® recipients.  And what an amazing three days it was!

The 10th annual Military Child of the Year festivities kicked off Tuesday with our BAH Innovation Award recipient, Shelby Barber from Hawaii, touring the Innovation Center at Booz Allen Hamilton. Her visit included a tour, a sampling of their state-of-the-art virtual reality experiences, and a brainstorming meeting with the Booz Allen Hamilton project team who will help Shelby bring to life her concept for a portable medical device for children with severe allergies.

On Wednesday, Brig. Gen. John I Pray, Jr., Air Force (Ret.), President and CEO of Operation Homefront, welcomed all seven recipients at a welcome lunch before the kids, their families, and OH staff departed for Capitol Hill to meet and greet their state congressional representatives.

Afterwards, the MCOY recipients came back to the hotel for dinner, where they received laptops from Booz Allen Hamilton and Microsoft, along with cash awards and some very special surprises from Kendra Scott and Cracker Barrel. 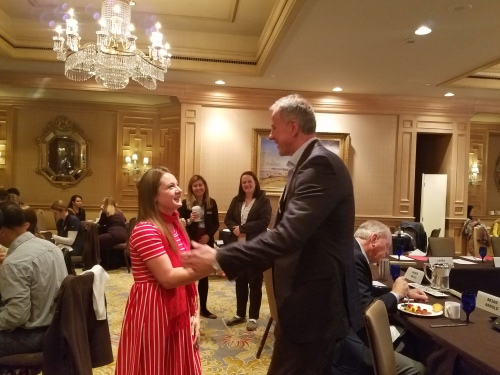 Thursday, our awardees had the opportunity to meet and mingle with OH staff, our National Board of Directors, and Region 1 Advisory Board member Danny Chung, from Microsoft, our breakfast sponsor, who presented each recipient with a brand new Surface laptop.

Then, it was off to the National Museum of American History. For the fifth year, OH worked with the Archives Center to give the MCOY recipients a behind-the-scene tour. When the MCOY recipients weren’t weaving through a maze of stacked artifacts, they were able to explore the exhibits, including the First Ladies display as well as the Star-Spangled Banner — the original stars and stripes that flew over Fort McHenry during the Battle of Baltimore in 1814 — providing the inspiration for the Star-Spangled Banner lyrics from Francis Scott Key. 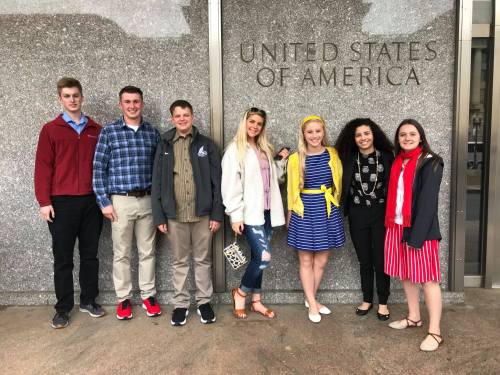 Then, it was time for the main event — the gala! ESPN analyst and former MLB player Chris Singleton served as the emcee, and appropriately kicked off the evening with a rousing “play ball!” America’s Beloved Tenor, Daniel Rodriguez, sang the national anthem during the Presentation of Colors by JROTC cadets from T.C. Williams High School from Alexandria, Virginia. 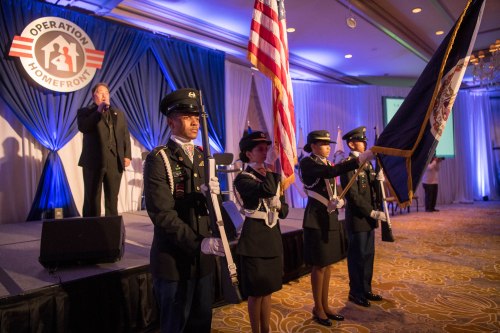 John Pray started the program recognizing service members, veterans, and our military family members. Of the MCOY recipients, John said: “We recognize the extraordinary accomplishments of these seven recipients, who represent the collective excellence of military children everywhere. They personify resiliency, leadership, and strength of character. Their families and communities, as well as our corporate partners and the staff and volunteers at Operation Homefront, are very proud of them as individuals and all the other young people in the military families they represent.” 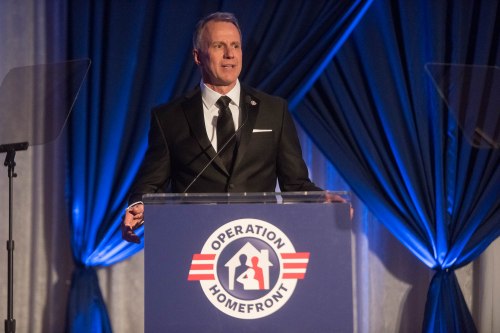 Brennley, an emerging country artist (you might recognize her from Season 12 of The Voice) spoke about how inspired she was that she was here with kids who were her own age and had already accomplished so much. She treated the crowd to a beautiful musical performance. 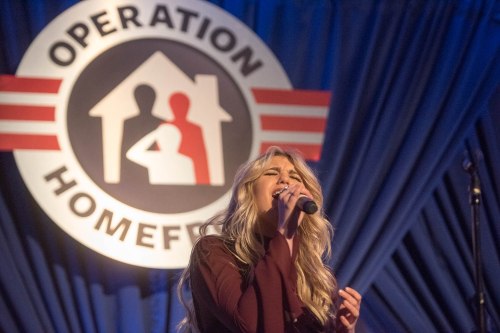 Melissa Stockwell, Army veteran, two-time Paralympian, and proud mom, spoke about her journey after losing her leg. In her remarks, Melissa spoke about resilience and her inspiration, telling the MCOY recipients, “your voices are so strong … stand up for what you believe in.” 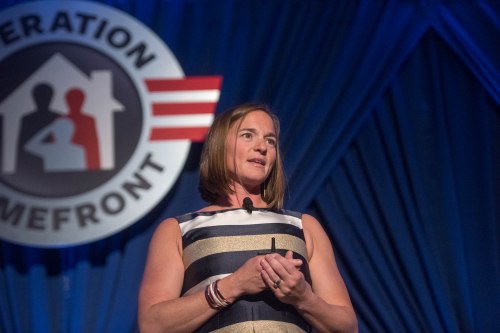 Lt. Gen. Stephen Lyons, Director for Logistics, representing General Joseph Dunford and the Joint Chiefs of Staff, delivered remarks that underscored the importance of the military family, particularly the children, in ensuring our nation has a ready force. “The decision of our service members to remain serving in our nation’s military is most often made at the dinner table,” said Gen. Lyons. “The way organizations like Operation Homefront care for our families and support children like these helps us keep our forces engaged and strong.” 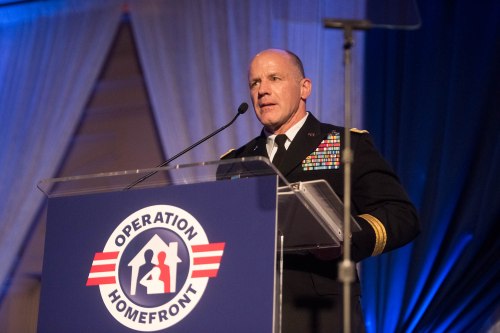 Lt. Gen. Lyons then was joined by John Pray and Lieutenant General Brian Arnold, USAF, Ret., Chairman of the Operation Homefront Board of Directors, for the award presentations. Each presenter took a few moments to celebrate the military family behind the recipients, then they highlighted the amazing awardee accomplishments.

Several of our previous Military Child of the Year Award recipients were on hand to help present the awards to the new generation.

But it was not over yet! For the second year, Carnival Cruise Line and Senior Vice President of Hotel Operations Richard Morse shocked, literally, the MCOY recipients and their families with a free family cruise.

“This has been a remarkable evening,” said John as he closed out the evening. “To all our honorees tonight, I know your parents, families, and communities are so proud of you. We are proud of you too. You inspire every one of us.” 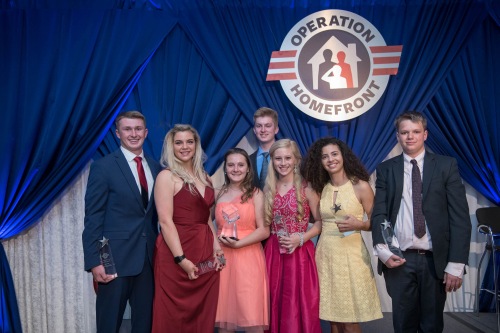 With the 10th annual Military Child of the Year in the books, we turn our focus to wrapping up the logistics and towards planning for the 11th MCOY Gala to be held on April 11, 2019.