It’s not every day that a person gets to tag along with six kids like these four young men and two young ladies. They are not your ordinary kids. In fact, they are extraordinary. They are our 2015 Military Child of the Year® recipients. And it was my unique pleasure to join them and their families for two days as they enjoyed the nation’s capital before being recognized at a special gala in their honor.

I had been reading about these kids for several weeks and will admit to already being star struck by their awesomeness. And rightfully so. These young patriots proved to be just as impressive in person as they are on paper. And I was not the only one who was inspired.

“I was invited here tonight to inspire these kids. After learning a little bit more about them, I’m the one who’s inspired.” 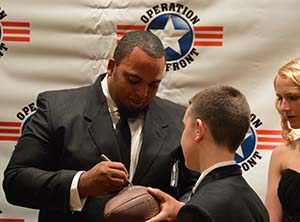 Jason Brown, our keynote speaker for our gala, who is a former NFL player with the St. Louis Rams and owner of First Fruits Farms that gives all of its harvest to those in need. His brother was killed in action in Afghanistan.

“This nation asks a lot of each of you, and each of you continues to prove day in and day out that you are strong, that you are resilient and you are full of love of our country and for each other.” 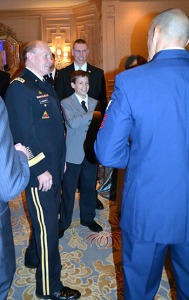 General Martin Dempsey, Chairman of the Joint Chiefs of Staff, when speaking about our Military Child of the Year recipients at the gala. 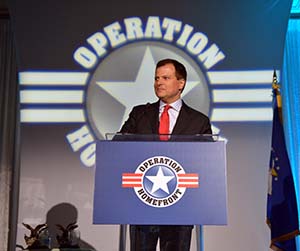 “You kids have inspired me…to get back to (my) roots and do more volunteer work…it’s great for your soul, makes you feel rich.” 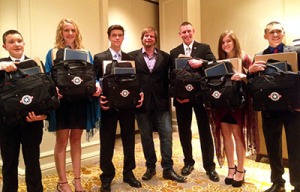 Dave Ready, Jr. (center of photo), Winemaker, Murphy-Goode (whose great-grandfather is a WWI veteran) and his company was one of the sponsors of our Military Child of the Year gala and presented Dell laptops to all of our recipients.

“There are particular anxieties that military families face and …you are making the sacrifices just as your loved ones who serve do and I wanted to come by and … with a son in the military … say thanks and congratulate those of you who have been singled out for this honor.”

Tim Kaine, Senator for Virginia, who was joined by Randy Forbes, Representative for Virginia’s 4th Congressional District. Both came to congratulate Caleb Parsons, 2015 Coast Guard Military Child of the Year, who lives in Virginia, at a special reception at the U.S. Capitol. Kaine is shown here shaking the hand of Caleb’s brother, Nathan.

“It’s fair to say that there’s nothing we do…which is quite a lot…that’s more enjoyable than tonight. These young patriots assembled here tonight reflect the achievement, service, dedication and resiliency that truly defines military kids.” 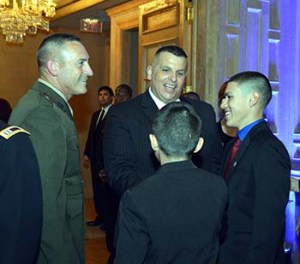 “None of us thinks we’ve done anything that amazing…but when we read about the other kids here, wow, we’re impressed.” 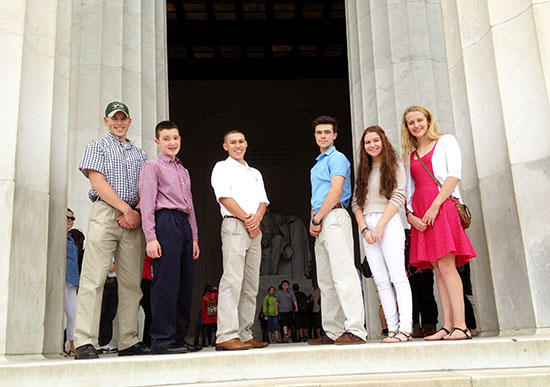 For the very first time this year we were honored to recognize a National Guard recipient in addition to a child from each service branch. Yet even with the inclusion of the National Guard and increasing the number of our award recipients from five to six, we’re only scratching the surface in celebrating the nearly two million military kids of today. The goal of our award is that, by bringing recognition to a few, we will build support and encouragement for the many military kids who inspire us every day.

View more pictures from the event.