Geraldine Ferraren grew up in the Philippines as a U.S. citizen. Once she was old enough, she left her home country and moved to the U.S. to serve in the American military. Being a young woman and traveling alone, from what she said was a conservative country to a more liberal one, certainly had its challenges.

In 2005, Geraldine joined the Navy and embarked on what would become a 14-year career. She deployed to the west Pacific in 2006 and a year later in South America for a humanitarian mission. Service-related trauma resulted in her medical retirement in 2018.

Once she retired, she knew that she needed to move out of military housing but, as a single mother to two children, then both under 10, and living paycheck to paycheck, her options were slim. Through an internet search, she found Operation Homefront and the Transitional Housing Villages program. The program provides rent-free, fully furnished apartments for service members who are transitioning out of the military and their families. Geraldine moved into the San Diego Village in December 2018.

“It took a very heavy weight off of my shoulders,” she said. “I was able to think straight. I was able to establish my goals, able to transition to private sector successfully. For my kids and I, that’s when we started our thriving journey in life. It really paved the way to get me going in actually taking action in my purpose in life.”

In July 2020, after a little more than a year in the program, she moved out and into a house in San Diego. Being at the Village, she worked with financial counselors and caseworkers to help build up savings, reduce debt, and prioritize goals, including starting a nonprofit that helps victims of abuse. She is currently studying business administration and wants to move to San Antonio, Texas, in the future to get a master’s degree in nonprofit management. Her time at the Village helped her pay debt and learn how to manage her money, while being able to focus on her family.

She wanted to acknowledge the donors to Operation Homefront for helping service members and their families. 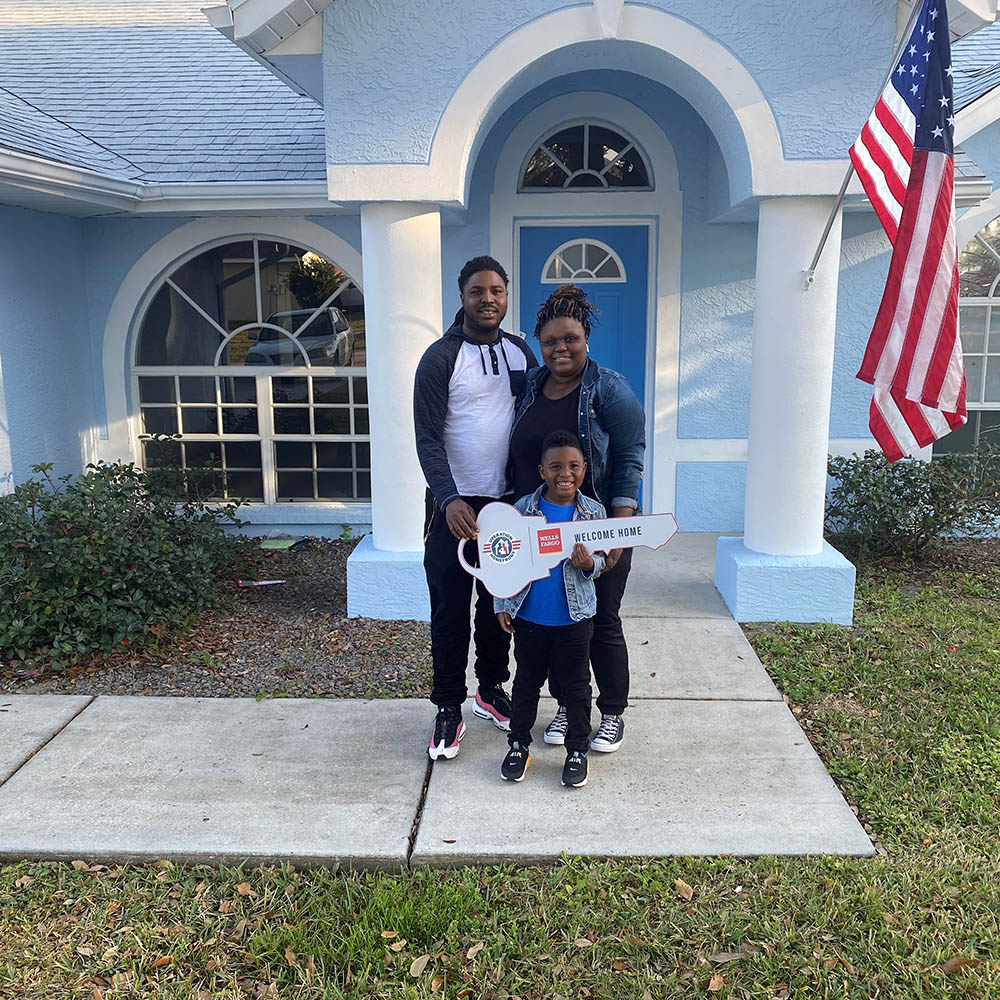