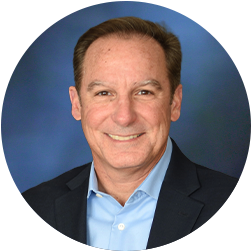 Our military families face constant change, uncertainty, and separation, yet they willingly devote their lives to service. We owe them an enormous debt of gratitude, and it’s an honor to come alongside them to help when they need it most.

Scott joined Operation Homefront as Vice President of Field Operations in January 2023 after serving a distinguished 32-year career in the Air Force. He spent the majority of his time in uniform as a personnel officer and he commanded units in Korea and in South Carolina.  Scott held a variety of staff and leadership positions during his career, including Director of Personnel for U.S. Air Forces in the Middle East, and later in Europe and Africa; two tours at the Air Force Personnel Center; and three tours at Headquarters Air Force at the Pentagon.  His career was devoted to leading, developing, and assisting Airmen and their families across the globe and he is passionate about continuing that work at Operation Homefront. Scott holds a Bachelor of Science degree from the U.S. Air Force Academy and a Master’s degree from Central Michigan University, Air Command and Staff College, and Air War College.